Standing at 6-foot-5 and weighing 270-pounds, Richard Kuklinski was a natural born killer. Known as ‘The Iceman’ he was a serial killer associated with the DeCavalcante crime family of Newark, New Jersey, and the Five Families of New York City.

Kuklinski presented himself as a hard-working businessman who was a doting father and husband, yet in reality; he was torturing, dismembering and disposing of victims only hours after fixing toys for his children.

Undercover agent Dominick Polifrone, who finally brought down the killer, told The Post, “I’ve met hundreds of bad guys, but Kuklinski was a totally different type of individual. He was coldhearted – ice-cold like the devil. He had no remorse about anything.”

10. A Family History Of Extreme Violence

Born on April 11th, 1935, in New Jersey, Richard Leonard Kuklinski’s childhood was affectionless and abusive. At the hands of his own father, Polish immigrant Stanislaw ‘Stanley’ Kuklinski, there were beatings for no reason and all he witnessed was violence.

In 1941, his older brother, Florian, died from injuries following a violent beating at the hands of his own father. His parents covered up the killing by telling the police he had fallen down the stairs.

During his youth, he began mutilating neighbourhood cats and dogs in order to gain a temporary sense of power he felt deprived of at home. This is a young serial killer in the making practicing what is known as ‘Victim Selection’; the child is choosing a victim more vulnerable than they are which is often a small animal. Later in life, the brutality develops and they begin to select human beings as their victim.

The young Richard was not the only son prone to extreme violence. In 1970, when his brother Joseph was 25-years-old, he managed to lure away a 12-year-old girl by stealing her pet dog. When the girl followed him to a desolate rooftop, Joseph attacked and murdered her before throwing her lifeless body and the dog from the roof. When asked about his brother’s crimes, Kuklinski shrugged, “We come from the same father.”

9. He Was A Teenager When He Committed His First Murder 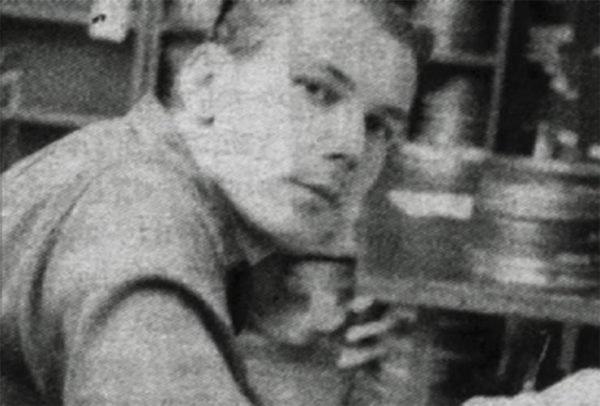 Kuklinski revealed in his own statements that his number one pet peeve was “loudmouthed people” because they reminded him of so much of his own father.

Aged 13-years-old, Kuklinski beat to death teenager Charley Lane who was the leader of a small gang known as ‘The Project Boys’. Kuklinski stated that he removed the teeth and the fingertips from the body then threw it off a South Jersey bridge where it was never recovered. He then hunted down each remaining gang member and attempted to murder them with beatings too.

In an interview for ‘The Iceman: Confessions Of A Mafia Hitman’, he said, “When I was a young man, I found out that if you hurt somebody bad enough, they’ll leave you alone. When I tried to leave everybody alone and just do my own thing, everybody just wanted to hurt me.”

“Until one day I just decided, well, I’ve had enough of this picking. And there were like six young men still figuring they were going to mess with my head. And we went to war. To their surprise, I was no longer taking the beating, I was giving it.”

8. He Was Born Without Fear 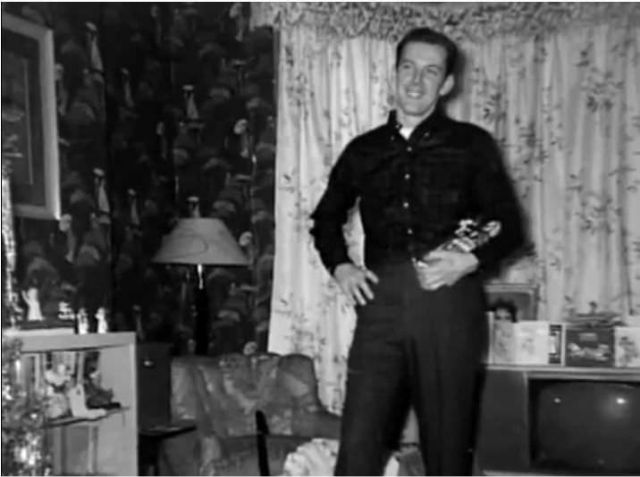 Psychologists later discovered that ‘The Iceman’ was born with a genetic predisposition to fearlessness – he was scared of nothing. Forensic psychologist Dr. Park Dietz explained, “(Kuklinski) rarely experiences anything that begins to resemble nervousness or fear. It takes extreme things to make (him) have a sense of impending danger. Normal people get fearful about a wide variety of things and would be besides themselves with the kinds of experiences (he) had on a weekly basis.”

“(Kuklinski) could not have done the things he did if (he) were capable of feeling fear.” – Dr. Park Dietz

Without a sense of fear, Kuklinski was able to pass the initiation test which earned him a career with the DeMeo crime family. The test was to kill a random individual in broad daylight; Kuklinski walked over to his selected victim and calmly shot him at point-blank . That cold-blooded hit marked the beginning of a career with the Mafia that stretched on for more than three decades. Later in 1986, he shrugged off the killings in court as he stated without remorse, “It was due to business.”

7. He Was Called “The Devil Himself” By Mobsters Who Feared Him

When mob bosses call you “the devil himself” then you know you’re someone to fear.

As a contract killer, Kuklinski never had a problem discussing his brutal methods. He listed firearms, hand grenades, ice picks, crossbows, chain saws, and even a remote-controlled toy car with a bomb attached as his weapons of choice.

Although his all-time favorite method was a cyanide solution in a bottle of nasal-spray that he would administer in the victim’s face. He earned the nickname ‘The Iceman’ because he often froze corpses to disguise the time of death.

Later charged with six murders, he since claimed the real victim count was around 200-250 men. When writer Anthony Bruno interviewed Kuklinski for his 1993 book ‘The Iceman: The True Story of a Cold-Blooded Killer’, the hitman also claimed to have slain DeMeo crime boss Roy DeMeo and organized crime rival Jimmy Hoffa, who disappeared in 1975 and was never seen again.

6. He Hid Behind The Family Man Facade

The Iceman had two sons, Richard Jr. and David, from a previous marriage to his first wife Linda. Later, after meeting secretary Barbara Pedrici at work – he divorced, remarried and had two daughters, Merrick and Christin, and a son, Dwayne.

The undercover agent who arrested him told New York Post, “He never socialized, gambled or messed around with other women. He lived for his wife and kids.” However, his ex-wife Barbara recalls a very different and chilling reality.

Barbara first tried to distance herself from Kuklinski at the age of 19 because she felt isolated from her friends. He stabbed a knife in her back and threatened her to never leave. She recalled, “I felt the blood running down my back.” He warned her that she belonged to him and if she were to ever leave – her family would be killed.

Later in the marriage, Barbara remembers one night when he attempted to kill her as she slept.

“(There was) a pillow on my face. (He said), ‘Tonight’s the night you die!’ I used to call it anger. It was way beyond anger. He was sick. And there were times when I begged him to seek help.”

5. He Gave Many Chilling Confessions

Kuklinski had no problem playing up to his own notoriety; he appeared in two HBO documentaries and met with numerous biography writers. He never held back with the details of his murders and made many chilling confessions, however, even for a stone-cold assassin like himself, there was one murder he took too far.

“It was a man and he was begging, and pleading, and praying, I guess. And he was ‘Please, God’ all over the place. So I told him he could have a half an hour to pray to God and if God could come down and change the circumstances, he’d have that time. But God never showed up and he never changed the circumstances and that was that.”

According to Philip Carlo, who wrote ‘The Ice Man: Confessions of a Mafia Contract Killer’, Kuklinski also suffered from biploar and had this been treated correctly, the sudden highs and lows in his behavior would have stabilized. Kuklinski, however, would never have allowed himself to be treated by any shrink such was his ‘tough guy’ demeanor.

Kuklinski also suffered from an anti-social personality disorder. Renowned forensic psychiatrist and FBI consultant, Dr. Park Dietz who analyzed Kuklinski, told the killer, “(Anti-social personality disorder) refers to behaviorally someone who does not have a conscience, does not feel remorse, and does not feel a sense of guilt about most of the bad things they do. (They are) compulsive and violent.”

3. He Was A Calculated and Predatory Killer

One of the most terrifying things about Kuklinski was his methodical approach to killing. Once he had agreed on the fee to take your life, then nothing would stand in his way until the job was done.

Former Attorney General Robert J. Carroll stated, “Richard Kuklinski is not a serial killer. He’s not a drug-crazed wild man running around with a machine gun. He is not a person who is driven by perverse sexual desires. He doesn’t drink, he doesn’t gamble, all of these things which many persons who are involved in murder are often motivated by. Kuklinski, instead, is nothing more than a predator on human beings.”

One time, Kuklinski bragged that he shot a man in his Adam’s apple just to see what would happen – he lost a $50 bet with another guy in the room who guessed correctly how long it would take him to die.

He said, “What I liked most was the hunt, the challenge of what the thing was. The killing for me was secondary. I got no rise as such out of it, for the most part. But the figuring it out, the challenge, the stalking and doing it right, successfully, that excited me a lot.”

Adding, “The greater the odds against me, the more juice I got out of it.” Kuklinski had many years to perfect his killing method and the only rules – no females.

2. He Was Brought Down By An Undercover Agent 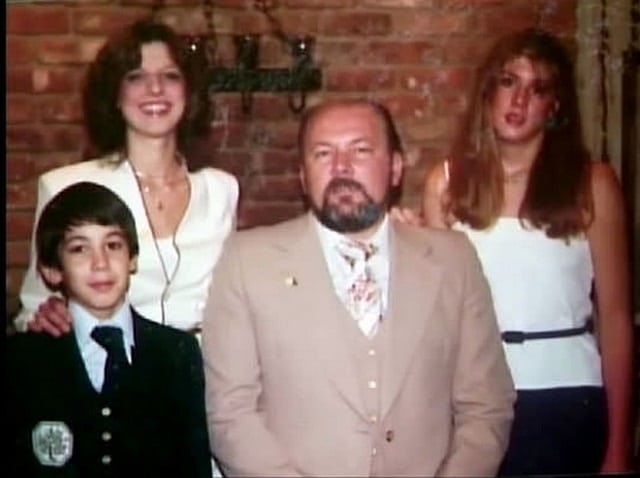 Over 18 months, undercover agent Dominick Polifrone built his case on ‘The Iceman’ knowing he didn’t have long before the instinctively paranoid, cold-blooded killer became suspicious.

Polifrone never let his guard down, explaining, “No matter where I went with him, I wore this leather jacket with a pocket sewn inside containing a small-caliber weapon.” Adding, “I knew that I was somewhere on his hit list. If he’d pulled out that (cyanide) nasal spray, I’d have to protect myself.”

Kuklinski gave up a lot of evidence himself; bragging about how he received $65,000 for a hit and how one mob boss paid him for a ‘statement killing’ where he shoved a dead canary in the mouth of a victim.

In 1988, he was convicted of five murders by a New Jersey court. 15 years later, he entered a guilty plea for the murder of New York City police detective Peter Calabro, which added another 30 years onto his already five consecutive life sentences to be carried out at Bergen County Jail in Hackensack, New Jersey.

1. He Died A Lonely Death Behind Bars

During his interview for ‘The Iceman Tapes – Inside the Mind of A Mafia Hitman’, Kuklinski said:

On March 5th, 2006, after twenty years in prison, Kuklinski died from inflammation of the blood vessels. His ex-wife, Barbara, had signed a ‘Do Not Resuscitate’ order and when asked a week before his death is she wanted to reverse the order – she declined.

⚠️ NEW QUIZ ALERT ⚠️ Check it out at CRIME

Who else is watching? #jeffreyepstein #netflixdocu

Honestly haven’t been the same since finding out

Ted Bundy leaving the courtroom with his Beer Box

Hands up if you’re number 2! #murderdocumentari

Full article over at CrimeViral.com [ link in bio

Beware of those who fall under Gemini, Virgo, Pis

Sorry guys, Ted ruined it for you! #donttalktostr