The Haunting Disappearance of the Beaumont Children: What Really Happened?

January 26th, 1966, on what was meant to be a day of celebration, the three Beaumont children left their family home in Adelaide and caught a bus to Glenelg Beach just 2km away. Jane, Arnna, and Grant Beaumont, aged nine, seven and four, never returned. It is one of Australia’s greatest mysteries.

On Australia Day, many families flocked to the beach to seek some relief from the intense heat as temperatures soared. It was up to Jane, the eldest of the Beaumont children, to ensure the safety of her younger siblings like she had many times before.

Unsupervised children were not uncommon in 1966, yet after this tragic day, things were about to change. A close friend of the Beaumont family explained, “Little kids back then were innocent, we were allowed to have fun. We could sleep with our doors open and do whatever we wanted to. It was safe.”

Their father, traveling salesman Jim Beaumont, was away on a business trip and their mother, Nancy, gave young Jane enough small change to cover bus fares and lunch, then watched as her children walked to catch the bus.

The Children Are Missing

Nancy then waited for her three children to return home at 1 o’clock. Her panic increased as bus after bus returned from the beach without them. By mid-afternoon, her husband returned home early as a surprise and when Nancy broke the news the children were nowhere to be seen, he searched the local area before finally heading to the police station.

Former South Australia police detective Mostyn Matters was on duty at the station when Jim arrived. He recalls, “Mr Beaumont reported them missing about 5 or 6 o’clock – there was at least six hours since their disappearance was broadcast over the radio and the TV.” Adding, “As the hours went by, every hour that went by, we became more and more concerned that something had happened to them.”

Jane’s best friend at school, Jenni Muirhead, recalls, “I can remember sitting in front of the television and being in a panic. Thinking, ‘Jane, where are you? You must be somewhere’. You would never have thought she would just disappear or someone would take her. I kept on thinking she was such a sensible girl, that she would get a message to someone.”

“A Tall, Blond and Thin-Faced Man”

One elderly couple told the police the children were playing on the beach with ‘a tall, blond and thin-faced man in his mid-30s, of a sun-tanned complexion and of thin-to-athletic build, wearing swimming trunks.’

This was incredibly unlike Jane who was shy and fiercely protective over her younger siblings. Former South Australia police detective Bill Hayes said, “I believe they had met him before. He was quite a friend, it was almost like a parent playing with his children.” Arnna had previously told her mother that Jane had “got a boyfriend down the beach” – which was overlooked at the time as a playful taunt.

The man was approaching witnesses around the beach asking if they had seen the children’s money as it had gone ‘missing’. Detectives later believed the man took the money from the children without their knowledge, then offered them assistance to appear like a hero.

Hayes explained, “If your plan was to entice these children to get them away so you could do whatever it is you wanted to do; what better way than to remove their method of getting home and offer them an alternative.” Adding, “They went willingly, I believe, from the beach with someone. They weren’t dragged kicking and screaming along the way.”

The children left the beach with the man at an estimated time of around 12.15 pm.

The description of the children – including their age, height, and eye color – was sent to the local press and residents in the area. The police station was overwhelmed with people queuing out the door willing to offer information on reported sightings.

Matters said, “We were just a small outfit. We were doing our best but we couldn’t possibly interview everybody. It was just impossible, nothing was really organized like it should have been.”

The area of the beach the children were last seen alive was searched by the police volunteers four times over. Storm drains around the beach were opened and flushed. The local boat harbor was drained and inspected. It became a massive operation and the largest search in South Australian history.

Yet not a scrap of clothing or shred of evidence was discovered. The children had vanished.

In November 1966, Dutch clairvoyant Gerard Croiset was flown into Adelaide and greeted with a welcome reception that rivaled famous rock stars. Croiset claimed to have had a vision of where the children were buried. In high hopes, Jim Beaumont said, “I really appreciate him coming over to find the children.”

Croiset claimed, “In my opinion, I have found the spot where the children are. (That is) where I was this morning. If I say they are buried there – I am sure.” He pointed the search in the direction of an abandoned warehouse near Somerton Park. Police decided to dig at the warehouse but sadly nothing was found.

Following the further devastating news, Jim said, “What can I say at this moment? We have been hanging on for nine months and 14 days now and all we can do is wait and hope and pray.”

Jim and Nancy Beaumont’s nightmare never ended. They were subjected over the years to prank calls and letters of abuse accusing them of taking their own children and covering up a crime. During an interview in 1966, Jim stated, “I will carry on believing the children are not dead and I will cling onto that hope until any evidence fairs otherwise.”

Despite a major search and an ongoing investigation over the past five decades, there has been no trace of the children. Officer in charge of Major Crime, detective superintendent Des Bray, said police the case is still under investigation. “We will always do anything humanly possible to locate the Beaumont children and take them home to their family,” he said. Adding, “I don’t think there’s anybody in the country who doesn’t want to find the Beaumont children.”

The bedrooms where the children had once slept were left untouched. A time capsule for the children if they ever returned home; finding their rooms just as they left them.

In 2019, Nancy passed away having never found her missing children. The children’s father Jim is still alive.

Get ready for your next true crime obsession as these following famous faces will take on the most bone-chilling acting roles of their careers. These are all real-life stories and creepier than any work of fiction. 4. Stephen Merchant as Stephen Port ‘The Barking Murders’ will take a look at the aftermath of four murders […]

Can You Name These Following True Crime Documentaries From The Screenshot? 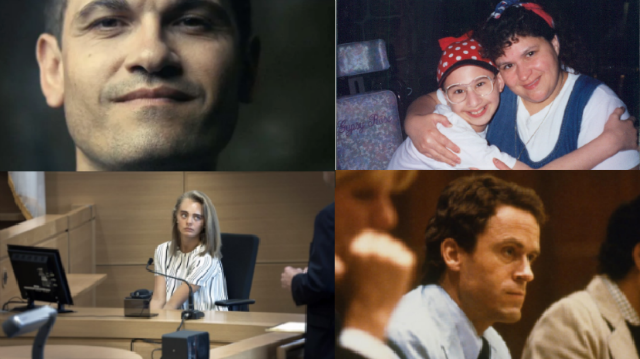 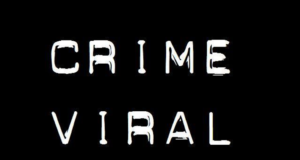 In 1962, Natalie Wood was the second-highest-paid actress in the world – just behind Elizabeth Taylor. Her Hollywood legacy includes roles in the films ‘Miracle on 34th Street’ (1947), ‘West Side Story’ (1961), and ‘Rebel Without a Cause’ (1955) which earned her a nomination for the Academy Award for Best Supporting Actress. Sadly, her notable […]

Madeleine “Maddie” McCann, born May 12th, 2003, disappeared when she was three-years-old, on the evening of May 3rd, 2007, from her bed in a holiday apartment in Praia da Luz, a resort in the Algarve region of Portugal. This became the most reported missing-person case in modern history. Madeleine was born in Leicester, England. She is […]

Seven decades later and still the chilling Black Dahlia murder has never been solved… On the morning of 15th January 1947, a young woman and her 3-year-old daughter were walking through Leimert Park, Los Angeles, when she discovered what she thought was a discarded store mannequin. Much to her horror, she was actually looking at […]

Ted Bundy teaching a young Molly, the daughter of

Baby Jeffrey Dahmer being held by his father Lione

Ted Bundy with his former girlfriend Liz Kendall a

A crow visiting the grave of Brandon Bruce Lee #T