Serial Killers 3 weeks ago No Comments

Damage to the frontal cortex of the brain can often result in drastic changes in behavior, aggression and impaired moral judgment. Mixed with a traumatic upbringing including often violent parents, these future serial killers became a boiling pot of rage that they took out on their victims.

Richard ‘The Night Stalker’ Ramirez terrorized Los Angeles and San Francisco in the mid-1980s. Striking late at night, he entered the homes of his victims and brutally attacked his victims with a machete, hammer or tire iron. The devout Satanist even left pentagrams behind at the scene of his crimes as his own chilling signature.

Born in El Paso, Texas, Ramirez was the fifth child of Mexican immigrant parents. At the age of 5-years-old, he suffered a serious head injury when he was knocked unconscious by a swing and this caused him to suffer epileptic seizures throughout his childhood. Later, at 13-years-old, he witnessed his older cousin murder his wife.

Ramirez dropped out of school in ninth grade and committed his first murder by the age of 24. In 1989, he was found guilty of 13 counts of murder and told the reporters outside the courtroom, “Hey, big deal, death always comes with the territory. I’ll see you in Disneyland.”

John Wayne Gacy suffered a tragic childhood at the hands of his alcoholic and abusive father, John Wayne Gacy Sr. Growing up in Chicago, Illinois, a young Gacy tried to win the approval of his father but was often referred to as a “sissy” who would “probably grow up queer”.

At the age of 11-years-old, Gacy was hit in the head by a swing which caused a blood clot in his brain that was undiscovered until five years later. Due to the blood clot, which caused him to suffer blackouts and a congenital heart arrhythmia resulting in an irregular heartbeat, he was in a hospital bed much of his adolescent life.

In adulthood, Gacy adopted an alter-ego and performed at children’s parties dressed as Pogo the Clown. Between 1972 and 1978, he murdered 33 men and teenage boys in Cook County, Illinois, where he hid many of the bodies in the crawl space under his home. He was put to death by lethal injection at the age of 52 and his final words were “Kiss my ass.”

Russian serial killer Alexander ‘The Chessboard Killer’ Pichushkin once said a “life without killing is like life without food.” Pichushkin was regarded as a sociable child up until he was struck in the head by a swing that damaged his frontal cortex.

One of the most notorious serial killers of all time, he killed at least 48 people between 1992 and 2006, luring vulnerable homeless men to their deaths with the promise of vodka. In his typical sinister fashion, he asked one victim if he could have one wish what would the wish be and the man replied, “To stop drinking.” Pichushkin then told him, “I promise you, today will be the day you stop drinking.”

Eventually, he began to kill women and children too. His twisted goal was to achieve a kill count of 64 victims – one for every square space on a chessboard. He was finally caught and sentenced to life in prison with the first 15 years to be spent in solitary confinement.

Born in New York, David ‘Son of Sam’ Berkowitz would become one of the most highly publicized serial killers of all time. Aged 6-years-old, he suffered two serious head injuries – firstly he was hit by a car then in a separate incident he ran into a wall. One year later, he was hit in the head with a pipe resulting in a four-inch cut on his forehead. By the age of 12, he started torturing and killing animals as he became increasingly antisocial.

In 1976, his terrifying killing spree had really begun – he killed six people and wounded seven others which resulted in one of the biggest manhunts in New York City history. During the hunt for the killer, Berkowitz sent numerous taunting letters to the police.

After his arrest, Berkowitz claimed he was obeying the orders of a demon that spoke to him through his neighbor’s dog, Sam, creating his moniker ‘Son of Sam killer’. He pleaded guilty to the murders and later admitted the ‘Son of Sam’ story was all a hoax.

Serial child killer Albert ‘The Werewolf of Wysteria’ Fish brutally murdered and mutilated children in the early 1900s. Fish himself had a nightmare childhood; seven members of his family were known to have suffered from mental illnesses and at least two of them were admitted to asylums.

During his early years, Fish fell from a tree which caused him a concussion that resulted in headaches and dizzy spells throughout his life. His schoolteacher also stripped, whipped and beat him regularly.

Fish developed several sexual fetishes throughout adulthood including sadism, masochism, exhibitionism, and cannibalism. He boasted his number of victims was 100 – although he was only charged for three known murders.

Fish said, “I always had a desire to inflict pain on others and to have others inflict pain on me. I always seemed to enjoy everything that hurt.” In 1936, he died in the electric chair at Sing Sing Prison in New York.

Ed Gein was raised in Wisconsin where he grew into an unhealthy relationship with his mother. Gein also claimed that his father, a violent alcoholic, would repeatedly beat him so hard as a child that his ears would ring. With trauma to the brain from the constant beatings, suffering from a lazy eye and a speech impairment – Gein was badly bullied at school and dropped out at the age of 14.

In 1945, Gein’s mother suffered a stroke and died. Gein began making frequent visits to cemeteries, digging up the corpses and taking ‘keepsakes’ home with him. When he was arrested, detectives made a chilling discovery in his home.

They found: human skulls used as bedposts, furniture made out of bone and skin, and an entire ‘suit’ made of pieced together the skin of women. He eventually confessed to the murders of two women although the real victim count is believed to be much higher and includes his own brother.

Serial killer Glen Edward Rogers murdered three women between California, Florida, Mississippi and Louisiana in the 1990s. He was known as ‘The Cross-Country Killer’ who targeted women with strawberry blonde or red hair.

The Ohio born killer was known for rocking so violently as a baby that he constantly banged his head against hard surfaces like walls, doors, and floors. Rogers was also slapped with such force by his mother (who like Rogers’ later victims also had red hair) that he stopped breathing and passed out.

In 1997, Rogers received the death penalty and was expected to take a seat on the electric chair at Florida State Prison. Whilst on death row, he was extradited from Florida to California to stand trial for an unsolved murder in that state. He was once again found guilty and placed on death row in California, although he may have cheated death as the state hasn’t executed a prisoner since 2006.

Peter ‘The Yorkshire Ripper’ Sutcliffe terrorized young women in the north of England during his five-year killing spree in the 1970s that claimed the lives of 13 victims. Born in 1947, he was premature and spent two weeks in an incubator fighting for his life.

He grew up very attached to his mother, as one psychoanalyst stated: “(Sutcliffe) was forever seen ensconced inside his mother’s petticoat and dress, always hidden as if deeply insecure about any potential separation from the mother.”

In adulthood, almost all of his victims were vulnerable sex workers. His twisted technique was to creep up from behind, striking them on the back of the head with a hammer then later dumping their lifeless bodies in remote places. Sutcliffe was questioned by the police nine times throughout the investigations yet due to lack of evidence, he was cleared every time.

Eventually, after a search of his car discovered four knives, a hammer, and a rope – there was enough to arrest him. He was sentenced to life behind bars.

Serial killer Henry Lee Lucas was convicted of murdering 11 people; however, he claims to be responsible for killing more than 3,000 victims. He picked off his victims at random in the early 1980s whilst drifting across several states.

Lucas did not have an easy start in life; his mother never allowed her son to show any emotion and often subjected him to brutal beatings. He recalled his mother smashing a piece of wood over his head when he was 7-years-old. The following year, his brother accidentally slashed him with a knife which caused Lucas to lose his left eye.

Dr. Mark, a professor at Harvard Medical School, who examined Lucas’ brain scan, explained, “There are small abnormalities in the frontal lobes and in the parts of the brain that are related to emotional control. (These) abnormalities could influence how an individual behaves under stress with the possible explosion of inappropriate aggressive behavior.” A serious threat to humanity, Lucas was kept behind bars until his death in 2001.

There are few serial killers who are worse than Dennis ‘BTK’ Rader – ‘BTK’ stands for his murderous method of ‘Bind, Torture and Kill’. Rader’s killing spree lasted between 1974 to 1991, often with a break for a few years in between. Known for breaking into the home of his victims in Wichita, Kansas, there was a lot of fear in the area so people had home alarm systems installed – unaware that alarm technician Rader was the one installing them himself.

In an interview for the biography ‘Confession of a Serial Killer’, Rader revealed that as an infant his mother had accidentally dropped him on his head. A newborn Rader stopped breathing and also turned blue, but his mother did not take him to the hospital for emergency care.  Later during his school years, he developed twisted sexual fantasies that played out in his mind “like a picture show” and turned to the torture of small animals.

Rader eventually confessed to all his crimes, after he was caught sending Kansas police taunting letters on a floppy disc and was sentenced to life behind bars.

Mindhunter Season 3 Cancelled? Here are the major complications the show is facing

0 Shares No Comments
Unsolved 6 days ago

Can You Name These Serial Killers From Their High School Photos?

These serial killers are almost unrecognizable based on their high school photos. It's hard to imagine, as they look so fresh-faced, what monsters they would later become. 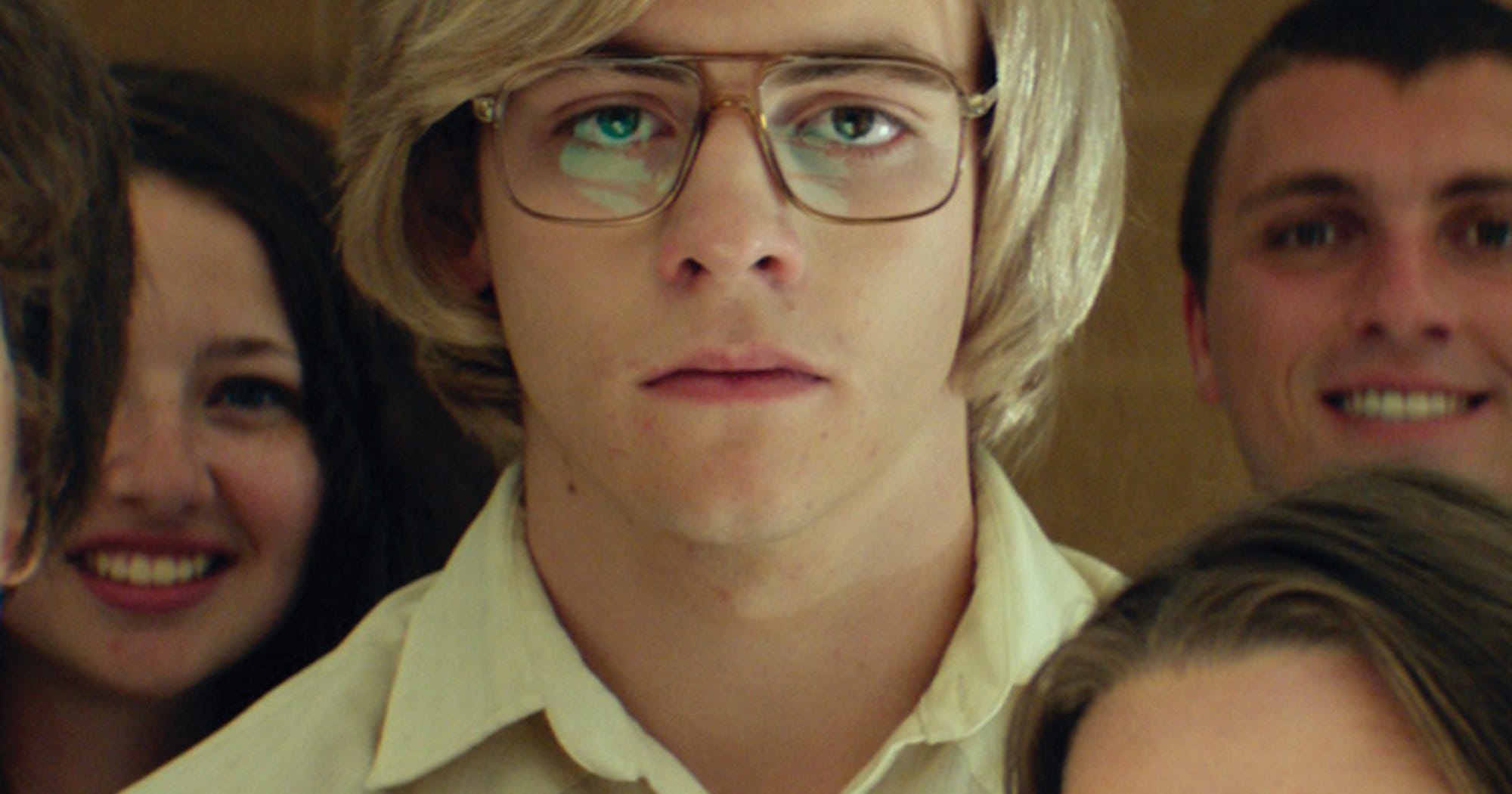 20 Rarest Photos Of Serial Killers You Must See

Haunting crime scene photo where the body of Eliza